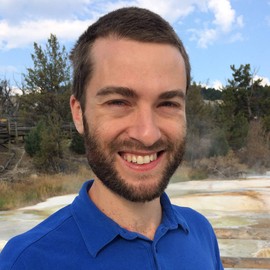 I study the neural basis of language, and speech processing in particular. When humans listen to speech, the acoustic signal that enters the ears is a complex pattern of air pressure fluctuations. Yet, listeners intuitively and almost instantaneously experience meaning in these sounds. My research focuses on the transformations that happen in the brain to enable this.

To study this I mainly use MEG and EEG with reverse correlation. Reverse correlation allows us to think of brain responses as a continuous transformation of the speech signal, rather than relying on pre-defined events in the stimuli. It also allows us to disentangle responses related to different levels of processing, such as the formation of auditory and lexical representations.

I use Python to develop tools to make this research possible, and many of those tools are available in the open source libraries MNE-Python and Eelbrain.

Short review of brain responses to continuous speech (“speech tracking”), with a focus on MEG/EEG. Part of a themed issue on the Physiology of Mammalian Hearing.

Humans are remarkably skilled at listening to one speaker out of an acoustic mixture of several speech sources. Two speakers are easily segregated, even without binaural cues, but the neural mechanisms underlying this ability are not well understood. One possibility is that early cortical processing performs a spectrotemporal decomposition of the acoustic mixture, allowing the attended speech to be reconstructed via optimally weighted recombinations that discount spectrotemporal regions where sources heavily overlap. Using human magnetoencephalography (MEG) responses to a 2-talker mixture, we show evidence for an alternative possibility, in which early, active segregation occurs even for strongly spectrotemporally overlapping regions. Early (approximately 70-millisecond) responses to nonoverlapping spectrotemporal features are seen for both talkers. When competing talkers’ spectrotemporal features mask each other, the individual representations persist, but they occur with an approximately 20-millisecond delay. This suggests that the auditory cortex recovers acoustic features that are masked in the mixture, even if they occurred in the ignored speech. The existence of such noise-robust cortical representations, of features present in attended as well as ignored speech, suggests an active cortical stream segregation process, which could explain a range of behavioral effects of ignored background speech.

Rapid Transformation from Auditory to Linguistic Representations of Continuous Speech

MEG responses to continuous speech show evidence that the acoustic signal is used for identifying words withing only ~100 ms. In a cocktail-party listening task, the corresponding responses are restricted to the attended speaker, suggesting that lexical processing of speech can be strictly determined by selective attention.

Sep 2011 – May 2016 New York
Research on the neural basis of reference resolution with Liina Pylkkänen at the Neurolinguistics Lab.